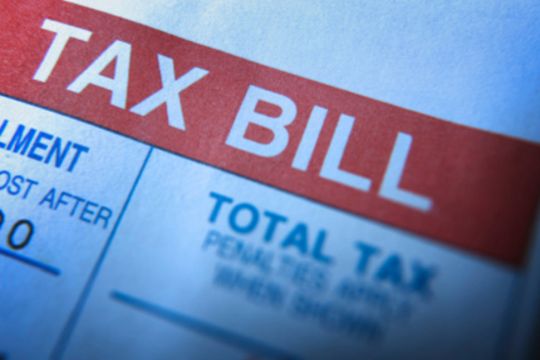 The House and Senate negotiations have come to a close and an agreement is in place. There is a major reduction in corporate tax rates and a large number of changes and cuts to the individual tax code. Below are some highlights of the proposed legislation, most of which is set to become effective for the tax year 2018.

More importantly though, keep in mind, the corporate tax cuts are permanent and the individual tax law changes sunset after the year 2025. Why the sunset in 2025? This satisfies a Congressional mandate known as the “Byrd Rule”, which only allows Senate legislation to be passed with a simple majority if it does not result in net tax cuts beyond a 10-year period.

Increasing the Standard Deduction and Eliminating the Personal Exemption – Under the new tax plan the personal exemption is repealed and the standard deduction will increase to $12,000 for individuals and $24,000 for married couples.   This could result in a combined lower deduction for many families depending on the number of dependent children.   Under the new law, many American families will no longer itemize, since their Standard Deduction will be larger than their typical itemized deductions.  In 2017 it is estimated that only 30% of tax filers will file using itemized deductions.  With the new tax law, this percentage will likely decrease substantially.

Child Tax Credit and Qualifying Dependent Credit – Under the new law, the Child Tax Credit is expanded from $1,000 per qualifying child (under the age of 17) up to $2,000 per qualifying child.   The income phaseout rules are dramatically increased, from the current thresholds of $75,000 for individuals and $110,000 for married couples.  The increase is to $200,000 for individuals and $400,000 for married couples.   This rule change in a number of cases will be a significant tax savings compared to elimination of the personal exemption.  The new rule also includes a $500 credit for dependents who are not considered qualifying children (under age 17).

Changes to Itemized Deductions -This is the portion of the new law that has been the most controversial and received the greatest attention in the press over the past several months.  In the final version, there will be a $10,000 cap on the combination of state, local, and real estate taxes that are allowed as itemized deductions.  This applies to both individuals and married couples.  One extremely important note for those planning in 2017, paying 2018 real estate taxes in 2017 is allowed as a 2017 deduction, however, paying 2018 state and local income taxes in 2017 for the tax year 2018 is not deductible in 2017.  Keep in mind AMT (alternative minimum tax) could impact your decision to prepay real estate taxes.

Mortgage Deduction Limitation – Under the new law, there is a cap placed on mortgage interest deductibility on the first $750,000 of debt principal, defined as debt used to acquire, build, or substantially improve a primary residence.  This law change only applies to new mortgages taken out after December 15, 2017.  Any existing mortgages or those existing mortgages refinanced in the future still retain the $1 million debt limit.  No additional debt on these prior mortgages are allowed to be added in a future refinance.   In regards to home equity loans, after 2017 interest will no longer be deductible, unless the equity loan is used specifically to build or substantially improve the home.

Phaseout of itemized deductions – Currently the Pease limitation as it is known, phases out 3% of taxpayer’s itemized deductions once income crosses a certain Adjusted Gross Income (AGI) threshold.  For 2017 that was those individuals over $261,500 of AGI and $313,800 for married couples.  The Pease limitation is eliminated under this new tax plan.  This provides a 1% – 1.2% net tax reduction for upper income individuals.  Don’t get too excited though, the elimination and reduction of many itemized deductions will more than likely offset this Pease rule elimination.

Capital Gains and Qualified Dividends – Under the new tax law preferential rates for long-term capital gains and qualified dividends will continue to use the old thresholds.  The 0% capital gains rates will end and the 15% rate begins at $38,600 of taxable income for individuals and $77,200 for married couples.  The 15% bracket increases to 20% for individuals with income of $452,400 and $479,000 for married couples.   Unfortunately, the 3.8% Medicare surtax did not make the cut and will continue to apply to those individuals with AGI above $200,000 and married couples above $250,000.

Charitable Contributions – Under the new tax law, the only significant change is to increase the limit on the deduction of cash donations from 50% of taxpayer AGI to 60%.

Casualty Losses – This has been a very big peak of interest due to the recent hurricanes and wildfires.  Currently, those losses that arise from storms, fires, theft or other casualties are deductible to the extent they exceed the insurance reimbursement and 10% of AGI.    Under the new tax law, these losses will only be deductible if attributable to a declared national disaster.

Kiddie Tax to Trust Tax Rates – Under current law, children under age 19 or full-time students under age 24, are subject to their own individual tax brackets for earned income and their parents tax rates for unearned income, such as dividends and capital gains.  Under the new law, the Kiddie Tax will calculate the tax of a child’s unearned income using Trust tax brackets.

529 College Savings Plans -There has been a substantial change regarding tax free plan distributions.  Under the new law, private, public,  and religious elementary and secondary school expenses up to $10,000 per student per year are considered allowed tax free distributions from 529 plans.  In addition, homeschooling expenses are also included.   As a planning strategy, for those parents and grandparents of children that are intended to attend these private schools, considering funding the 529 plan could be an extremely useful tool.  Remember, all earnings if distributed for the allowed expenses are tax free.  Also, keep in mind the sunset of this law at the end of 2025.

Alternative Minimum Tax (AMT) – The all so loved AMT was not repealed but was definitely altered under the new tax law plan.  The AMT exemption will be increased to $70,300 for individuals and $109,400 for married couples.  In addition, the phaseout which increases the top AMT rate from 28% to 35% is adjusted to $500,000 for individuals and $1 million for married couples.  Bottom line, these two increases along with the reduction of certain itemized deductions will all but eliminate the majority of people being impacted by the AMT.

Roth Recharacterizations -According to the new rules starting in January 2018, Roth conversions will no longer be allowed to be recharacterized.
Deferred Compensation – As part of the new law, the IRS will crack down on nonqualified deferred compensation plans, triggering taxation when it becomes vested, regardless of when it is paid.  This will also be extended to a wider range of company stock options under the new Qualified Equity Grant Rules.

Estate and Gift Tax Exemption – Under the new law beginning in 2018, the individual estate tax exemption will increase to $11.2 million and $22.4 for married couples, with portability.

Individual Mandate Repealed – The extremely controversial individual mandate for health insurance is being repealed.  It will still be in existence for 2018, but beginning January 2019 it will be repealed.

Moving Expenses – Beginning in 2018, the new law repeals the moving expense deduction and the ability of employers to pay for moving expenses tax free is repealed.  These reimbursed moving expenses will be taxable to the employee.

At Total Wealth Planning, we will continue to monitor the evolving changes in Washington and how our clients will be impacted.  As we move into 2018, you can expect a lot of discussion surrounding these changes in our meetings with you throughout the year.