Looking for Peace of Mind? Do Not Let the 2020 Presidential Election Give You Fits. 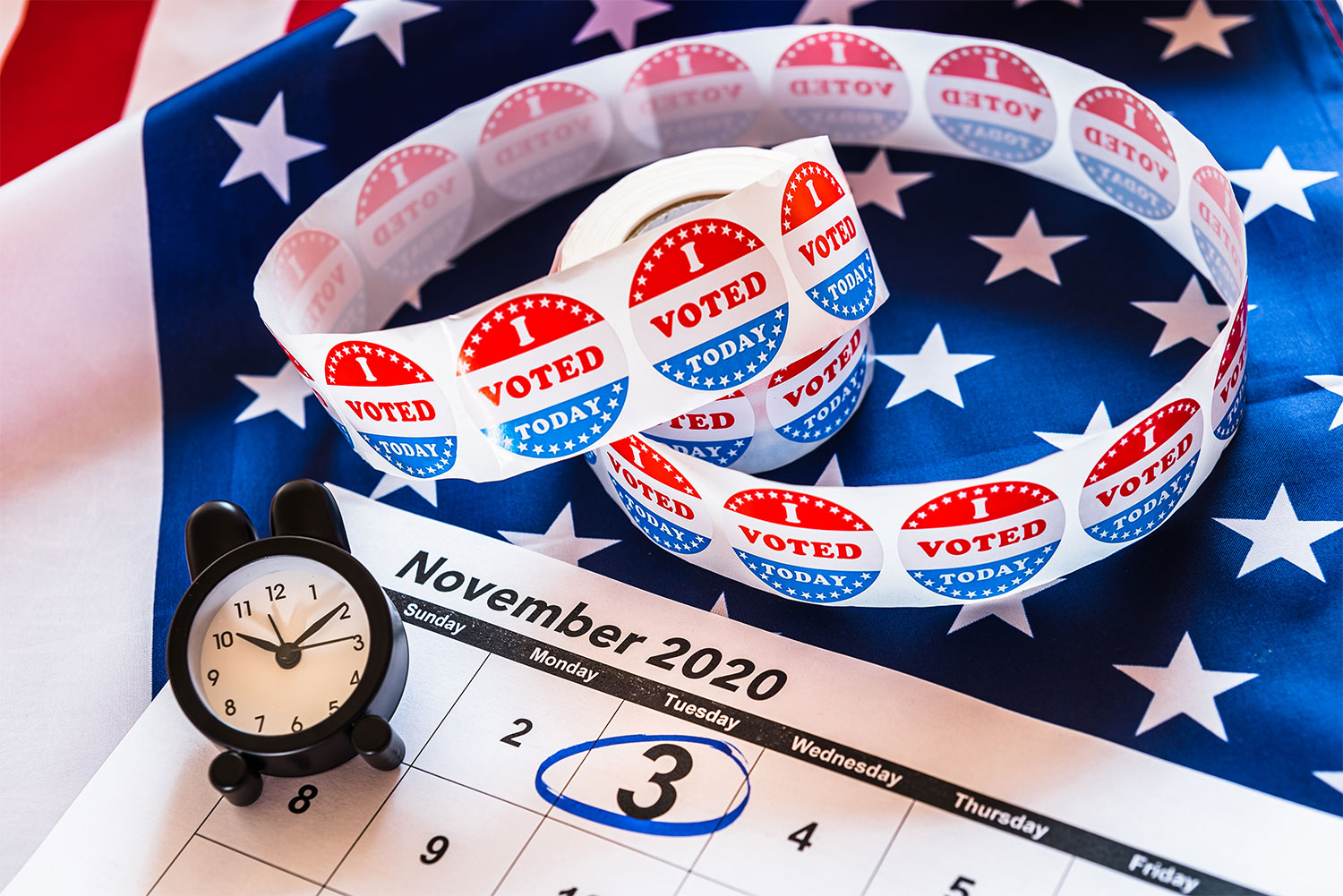 Does the following sound familiar?

“If Joe Biden gets elected, everyone will dump all their stocks so they won’t have to pay the higher capital gains taxes he’ll impose on investors. Get out while you can.” Or… “If President Donald Trump is re-elected, his reckless spending and masks-off attitude toward ending the pandemic will force states to reimpose lockdowns that will put millions of Americans out of work.” No matter which side of the political aisle you’re on, you’ve probably either read or heard some of the doomsday predictions made by so-called market prophets. The sad thing is, these wildly inaccurate pundits spew the same hyperbole during every presidential election year. Depending on who wins the office, they say, the market will either skyrocket or plummet. Yet the market almost always ignores these politically motivated prognostications. Why? Because history shows that, over the long term, market performance isn’t affected by who wins presidential elections. Instead, investors and markets respond almost exclusively to events that affect the economy in general and corporate profits in particular.

Markets are also forward looking and reflect the aggregate expectations of all investors. For example, after dropping to its lowest level in a decade in March and April when the coronavirus largely locked down much of America, the S&P 500 has since clawed back all of its losses. This has happened even while COVID-19 infection rates and deaths are still rising in many states and millions of Americans remain unemployed. Why has the market recovered? Because institutional investors — the ones that do the majority of trading on Wall Street — are expressing their views that the current recession won’t last long and that corporations will resume posting higher earnings while the economic recovery continues. These investors also believe that the Federal Reserve will continue to keep interest rates at historically low levels and the government will continue to spend trillions on economic stimulus programs until unemployment rates drop to “manageable” levels. These policies are unlikely to change even if Biden is elected president and the Democrats regain the Senate. The market knows this, and, absent a need to restore nationwide lockdowns, it’s likely to continue to move cautiously upward.

Do you believe that the newly elected Democratic presidents cause market sell-offs or that first-term Republican presidents release the bulls on Wall Street – or vice versa? History debunks these myths. See below for an overview of how the S&P 500 has performed in the first full year of a newly elected president over the past 92 years.

Viewed solely through an electoral lens, you might assume that the markets reacted negatively to Republicans winning the presidency more often than Democrats. But this narrow thinking ignores both political and economic facts. In most cases, the negative returns were the result of an economic downturn that began after the new president had settled in office. For example, the market was flying high during most of the first year of the Hoover administration until the crash of October 1929 sparked the Great Depression. Likewise, the strong 2009 return was more of a factor of recovering from 2008 than what party was in power.

Presidential Politics and Tax Policies are Not Predictive of Investment Returns

What about those who say that when Democrats raise taxes wealthy investors run for the hills? That’s not supported by evidence, either. For example, in 1990 President George Bush raised taxes on the wealthiest Americans, sparking the usual fears of a market selloff. Instead, the S&P 500 delivered positive returns in eight of the following nine years. In 2012, President Barack Obama allowed President George W. Bush’s tax cuts for Americans making more than $400,000 per year to expire and investors didn’t panic. Further, from 2013 to 2016, the S&P 500 delivered an average annual return of 12.45%. The fact is, presidential politics and tax policies have little impact on the markets, and the stock market still tends to post positive returns over the long term.

Prudent Portfolio Management, Based Upon Academically Sound and Time-Tested Research, Provides the Best Potential for a Successful Investment Experience

At Total Wealth Planning, we advocate a proven Nobel Prize-Winning Approach for managing our client’s investment portfolios. By maintaining consistent exposure to a diversified array of 15-20 individual asset classes, client investment portfolios will have every opportunity for growth with a focus on minimizing risks. Further, by making tactical shifts, over and above periodic rebalancing and profit taking opportunities, we seek to add value, especially during periods of elevated volatility.

We appreciate your continued trust and confidence in Total Wealth Planning. If you would like to receive blogs from us on a regular basis, please feel free to subscribe by clicking here and selecting topics in which you are most interested. As always, if you have any questions or concerns, please do not hesitate to contact us.